This site uses cookies, which are personal data. They are necessary for setting up advertising messages, collecting analytics and other goals. By continuing to use the site, you agree to the Privacy Policy and consent to Belaya Dacha Trading JSC and the third persons - our partners to process your personal data. 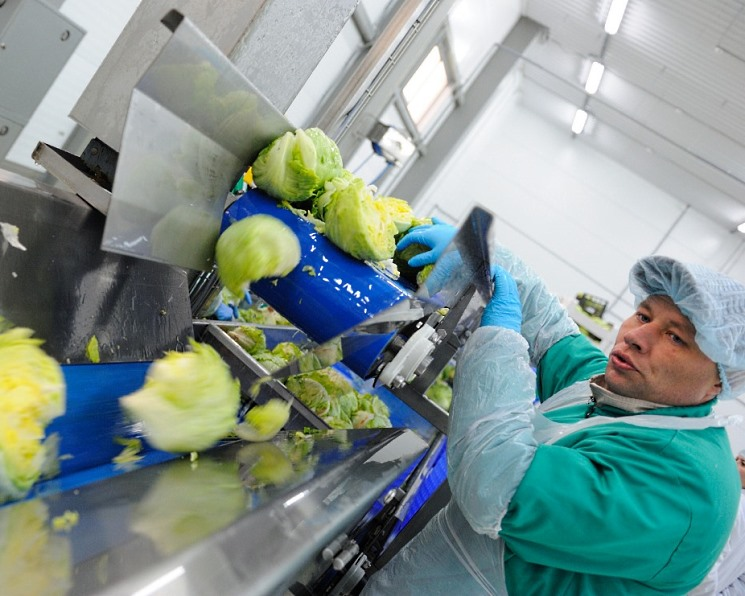 Belaya Dacha bought a salad processing plant in the Novosibirsk Region as part of the strategic goal of regional expansion, the company said. The production capacity of the new site is 160 tons of finished products per month. Investments in the project, taking into account the purchase of additional equipment, amounted to 430 million rubles. This amount includes both the transaction value and additional investments in capacity expansion. Now the company’s specialists are conducting an audit and are introducing Belaya Dacha production and management standards at the plant. After optimizing processes and installing equipment, productivity will reach 300 tons of finished products. Belaya Dacha salads will appear on store shelves in Novosibirsk, Barnaul, Irkutsk, Kemerovo, Krasnoyarsk, Novokuznetsk, Omsk and Tomsk in September.

According to kartoteka.ru, in August, Osnova LLC and Multimenu Green Line LLC, registered in the Novosibirsk Region, appeared among the companies founded by Belaya Dacha Trading. The main activity of the first is the rental and management of own or leased real estate, the second - other types of processing and preserving of fruits and vegetables. The purchase of both companies are related to a factory transaction. The products will be sold by Multimedia Green Line, which will soon change its name to Belaya Dacha Novosibirsk, documents have already been submitted for registration, a representative of Belaya Dacha told Agroinvestor. According to her, earlier the plant belonged to the Multimenu group of companies, it was launched in 2018. “The company produced products similar to ours: washed salads and vegetables, both under its own brand and without it,” she added.

In 2014, Belaya Dacha announced that it planned to build a salad factory near Novosibirsk, the project cost was estimated at $ 20 million. But at the beginning of 2015, the project was frozen, as well as in the Rostov region and St. Petersburg. Then the chairman of the group’s supervisory board, Viktor Semenov, said that as soon as demand for the company's products begins to grow, it will return to its plans. Belaya Dacha resumed studying the prospects of creating new enterprises in February 2017, however, then it chose where it is better to implement the project - in Novosibirsk or Tyumen. However, in the end, the company abandoned plans to build a plant in favor of buying an existing enterprise. This is due to the saving of time for the implementation of the project in comparison with the construction, explains the representative of Belaya Dacha. “In many ways, the acquired site already meets our standards, taking into account additional investments and some changes in management, it will be able to meet our best practices,” she notes.

Buying a plant instead of building from scratch always has at least one advantage: you can immediately start selling products, and not wait two or three years. Usually, so much time is needed to select a land plot, obtain all approvals, build and start production, which leads to shorter payback periods for the project, comments Maxim Nikitochkin, manager of EY's money management strategy and market research. Also, an additional advantage may be the price, including a discount relative to the cost of construction.

“From the point of view of geographical diversification of business, this project is expedient and promising,” the expert believes. - For example, the shelf life of the Belaya Dacha Tuscany salad is six days, which does not allow it to be sold through federal networks in regions remote from the Moscow region. Thus, our own production in the center of Siberia will allow us to distribute these products in the region. ” Moreover, the success of the enterprise will depend on pricing and raw materials, he thinks. Many greenhouse complexes grow green agricultural crops, however, there are not many greenhouse complexes in Siberia, especially with a low production cost due to the need for a lot of lightning, says Nikitochkin. The representative of Belaya Dacha clarifies that the company plans to supply raw materials for the new plant from its own sites, as well as to purchase from suppliers from the nearest regions, from China, Kazakhstan, etc.

Demand for sliced salads is not so geographically tied to producers as to potted salads, since they can be transported over long distances, the head of the Center for Economic Forecasting of Gazprombank Daria Snitko draws attention. “And in general, do not forget that Novosibirsk is the third city in the country, and there is solvent demand in the region,” she adds.

According to Nikitochkin, investments in the production of sliced salads by companies other than Belaya Dacha are not obvious. “The market capacity is now relatively small, the market is almost entirely occupied by Belaya Dacha (the Solar Planet can be noted as a local competitor). Due to the formed brand, Belaya Dacha may have an acceptable margin, it will be quite difficult for a new market player, he argues. - At the same time, the market has good potential, not only because of the desire of society for healthy nutrition, but also because of limited supply (including geographical), including affordable. An increase in supply from Belaya Dacha could rock the market by analogy with the turkey market. ” According to Snitko, the salad market as a whole is not very competitive, since all manufacturers focus on their niches - potted, rolled, cutted, supplies for HoReCa, and market leaders are also actively working on its development precisely in their product group.

Belaya Dacha Trading is the largest producer of salad and vegetable products in Russia. According to Romir, Belaya Dacha is the No. 1 brand in the category of ready-to-eat salads (2013-2019). Since 2015, the company has been actively investing in the development of its own capacities for the cultivation of salads and vegetables both in open and in closed ground. This year, Belaya Dacha plans to produce 22.5 thousand tons of products.

OTHER ARTICLES
Belaya Dacha. The magical world of salads

In autumn 2019, mixes of salad leaves “Belaya Dacha” with authors recipes of Julia Vysotskaya will appear on the shelves of “Perekrestok” supermarkets. These recipes were specially selected to meat, poultry or fish dishes.

A co-project with the heroes of the Marvel Universe for the opening night of the movie "Avengers: Endgame"

Belaya Dacha presents a co-project with the heroes Marvel Universe for the “Avengers: Endgame”

Thanks, ideas and wishes

Select the subject of your appeal: